River cruise with the A-ROSA Luna

When I boarded the A-ROSA Luna in Lyon, I was still skeptical whether such a river cruise on the Rhone would be something for me at all. With the term River cruise At first film images flickered in my mind's eye with Peter Ustinov as detective Hercule Poirot, who went on board a river cruise ship with David Niven, Mia Farrow, Bette Davis, Jane Birkin and other stars to sail across the Nile.

> The podcast can be found below!

River cruise on the Rhone

Now I was about to sail across the Rhone with a river boat from the A-ROSA fleet and had several concerns: Will I be surrounded primarily by older people during my river cruise on board? Perhaps from guests who are at least as quirky, bizarre, rigid and quirky as Hercule Poirot's companions? With dress codes at dinner, maximum etiquette and tiny peephole cabins in which I can barely sleep at night because of the rumble of ship engines?

To cut it short and to take the wind out of the sails of all those who are concerned about river cruises as I was before the trip: I was taught better. The crowd was mixed, a healthy mix of young and old, there were families with several children traveling with us and there was even a kids club for the very young ones on board.

Look into my cabin

From the bed I had a wonderful view of the passing landscapes.

Quite spacious and comfortable: My cabin on the A-ROSA Luna - no trace of the rumble of ship engines.

During the river cruise with an A-ROSA cruise ship, you can relax and frolic on the sun deck with a drink or enjoy the view of the passing landscape from the outdoor pool. In the wellness area of ​​the A-ROSA Luna, in addition to cosmetic cabins and a fitness room, there is even a sauna with a large panoramic window that allows a view of nature during the sauna session.

During such a river cruise, the ship stops in several cities, usually for about half a day. This gives the guests the opportunity to go ashore, which can be undertaken either alone and independently or in a group and organized with trained guides. Sometimes such an excursion is also a source of amusement, as you can hear in the podcast below. What to do where and how is up to each guest.

There are no obligations, after all you should enjoy the trip. That includes the evening meal: There is no strict dress code on board the A-ROSA river boats. The fact that as a guest you do not appear in swimming trunks and flip-flops at the table and buffet is a "no-brainer" despite all the lack of etiquette.

During my river cruise on the “floating hotel”, the A-ROSA Luna, I had the pleasure of being able to talk to several interesting people on board: Beside him Captain Mikael Labrunewho “has his hat on” here have me too Hotel manager Gerhard A. Schütz and Annika Schmied from A-ROSA Flussschiff GmbH reported many exciting things about river cruises, the ship, and life and work on board.

On May 4th, 2019 you could hear some of these conversations on Radio Potsdam in the program "Reisefieber". Here is a recording to "follow up" and "delete concerns":

The A-ROSA Luna river cruise in the podcast

The podcast is also available on iTunes / Apple Podcast and Spotify!

By the way: A-ROSA christened a brand new river ship on April 30, 2019 in Porto: The A-ROSA ALVA is now the 12th ship in the A-ROSA river cruise fleet and is now sailing across the Douro. "Hercule Poirot" was not there. He was “represented” in Porto by godmother Yvonne Catterfeld, who is also an A-ROSA brand ambassador:

“I also go on vacation on the A-ROSA ships myself - both with friends and family. It's just the ideal way to travel - relaxing and fun at the same time. "

So the thing about the actors on river boats is true after all. However, I threw the prejudices overboard ...

Disclosure: My trip on the A-ROSA Luna was supported by A-ROSA Flussschiff GmbH. My special thanks go to Annika Schmied, who was an exceptionally helpful companion. There were no content requirements. My editorial independence was not affected.

The exotic - Interview with René Trabelsi, the world's only Jewish minister in an Arab state 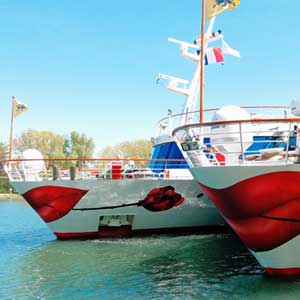 A river cruise with the A-ROSA Luna
To cut it short and to take the wind out of the sails of all those who have reservations about river cruises as I was before the trip: I was taught better. The crowd was mixed, there was a healthy mix of young and old, there were families with several children traveling with us and there is even a kids club on board for the very young.
petervonstamm-travelblog.com 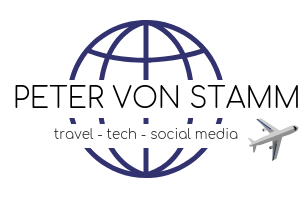