How does uranium taste

What does uranium look like, taste and smell? [Edit] 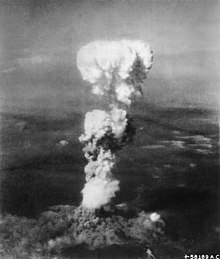 Uranium is a silvery-white metal which can also appear slightly bluish.

How was it discovered?

Uranium was discovered in 1798 by Martin Klaproth, a German chemist. He discovered the element while analyzing samples of the mineral pitchblende. The sample was made from the “Georg Wagsfort” mine in Wittigstal near Johanngeorgenstadt in Saxony. Henri Becquerel discovered the radioactivity of uranium in 1896.

Where does the name come from? [Edit]

The element uranium was named after the planet Uranus, which was discovered by William Herschel in 1781.

Did you know that...

Where can you find uranium?

Uranium can be found in mountains or in the ground around the world. The largest deposits of uranium are in Australia.

What is it used for? [Edit] Uranium is commonly used in nuclear reactors to generate electricity and as a weapon in atomic bombs.

Uranium is used to determine the age of rocks.

Uranium is used in paints and glazes, although this use is very rare today.

Uranium can be used to color glass. Such uranium glass is colored yellow and glows green under UV light.

Pure uranium can burn explosively. Uranium compounds are toxic and because uranium is radioactive it can lead to cancer.

Uranium is not just uranium, because uranium can contain different numbers of neutrons in the atomic nucleus. These different types of uranium are called isotopes. Natural uranium contains isotopes that give off relatively little radioactive radiation. Isotopes are produced in nuclear power which are highly radioactive and very dangerous.