Who does business with North Korea

The birthday present was generous. North East Asia Bank had to deliver $ 20 million each year on February 16. The money ended up in the cash register of the jubilee and former North Korean dictator Kim Jong Il. "That was our main task: collecting cash for the leadership," explains Kim Kwang Jin. For years he was the manager of the bank in Pyongyang. "The North East Asia Bank was affiliated with an insurance company and made its money through insurance business. At the top was Jang Song Thaek, the uncle of Kim Jong Un, who has now been executed."

Kim Kwang Jin never met the then leader personally. He only compiled a monthly report for him. And he did his job well. So good that he was posted abroad in 2002: Together with his wife and son, he went to Singapore to manage the local branch of the North East Asia Bank. "Unlike guest workers, diplomats and other official representatives are allowed to take their closest relatives with them." 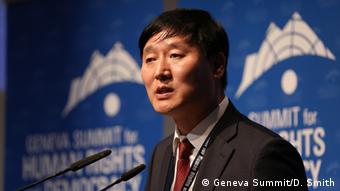 But it was only a short guest appearance. A few months later, he was targeted by the North Korean authorities. "My superiors have informed me that from Singapore confidential information about the North Korean leadership has been passed on to the American and Japanese secret services." From one day to the next, Kim was suspected of betraying his country.

He himself denies this allegation. Even if he says that even then he was not uncritical about the system. But talking about it was absolutely taboo. Of course, he knew what punishment would await him in his home country because of the suspicion. He wanted to forestall that. On the spur of the moment, he left for South Korea with his wife and child. Since then he has lived in Seoul, where he works at the Institute for National Security Strategies, a large South Korean think tank. He received threats from the North Korean side and at times had personal protection around the clock.

Because he does what the North Korean leadership doesn't like at all. He reports on what he has heard. Passes on inside information. He tells of the ubiquitous precautionary measures and paranoia. About the fact that he and his colleagues were ordered to destroy all files and documents immediately, so that no one knew about each other's activities, not even within the same company. "All information about our bank and our insurance business was top secret. Nobody was allowed to know how much money we were making and where it was going. " 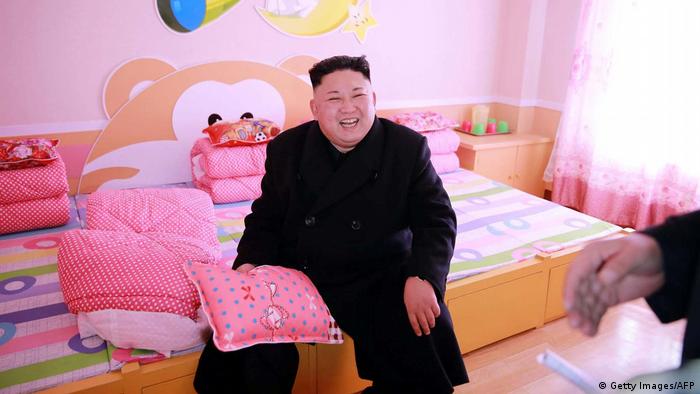 And then he talks about the infamous "Office 39". All income ended up there - not just from his bank's financial transactions. Behind the inconspicuous name is an authority in Pyongyang that reports directly to the Kim family. An agency whose primary role is to amass foreign exchange through various channels and deals on behalf of leadership. "The whole thing goes back to the 1970s. It was introduced by Kim Jong Il. He was looking for a way to raise money in order to buy the loyalty of the elites." Young Kim needed them to build up and later expand his position of power.

At this point in time, Kim Jong Il was already established as Crown Prince and successor to his father Kim Il Sung. Over the next few decades he built up a flourishing parallel economy, completely detached from the country's ailing economy: based on financial transactions, the export of raw materials and missiles, and the import of luxury goods. He had the latter introduced on a large scale and passed them on to his followers as rewards. This so-called "gift policy" had a catch, however: because each gift had to be bigger and more magnificent than the previous one, otherwise it would be seen as an affront. In other words, the dictator needed more and more foreign currency to keep his followers happy. 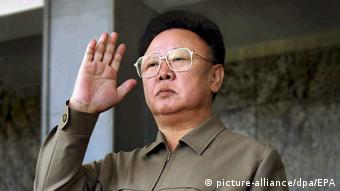 Kim Jong Il, who died in 2011, laid the foundations for North Korean gift policy in the 1970s

To this day, it basically works that way, explains Michael Raska, security and defense expert at the S. Rajaratnam School of International Studies in Singapore. A difficult cycle to break. And one in which the rules of the game have shifted in recent years. In the days of Kim Jong Il, North Korea also made a lot of money exporting ballistic missiles, said Raska. But that is hardly possible nowadays due to the restrictions. "There is still an arms trade, but now it is more of a smaller weapon and weapon system; they can no longer export rocket technology directly." North Korea uses sales markets in Africa, Asia and the Middle East.

"A lot has changed as a result of the sanctions. Also with regard to the import of luxury goods." Much of what used to be legally allowed into the country has long been on the index. Kim Jong Un is therefore increasingly relying on other - always available - rewards in order to buy the support of citizens who are loyal to the regime. And he has that staged in a way that attracts the public. "If you watch the news on North Korean television, practically every issue has a report about someone being given an apartment. There is also a lot of building going on in Pyongyang right now."

A vicious circle that is difficult to break

For Kim Jong Un, raising foreign currency is perhaps even more existential than for his late father for another reason, says Raska. And that has to do with the dictator's still young age. In a strictly hierarchical Confucian society like the Korean one, he would traditionally not actually be entitled to give orders to the elderly. All the more he depends on underpinning his position of power. On the one hand with the help of a hard political line that aims to eliminate any potential opponent - even if he is from your own family. On the other hand with gifts. 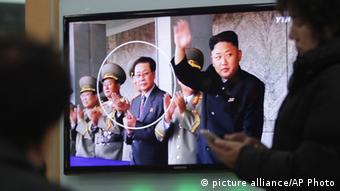 Before falling out of favor, Jang Song Thaek, Kim Jong Il's uncle, was a close confidante of the young dictator

"The pressure from outside is increasing all the time. Kim Jong Un pursues the dual strategy of promoting the economy and the development of the nuclear program at the same time. For this he needs a lot of money, even more than Kim Jong Il. But the sanctions are squeezing him out more and more." The UN Security Council has passed a total of six rounds of sanctions since the first North Korean nuclear test in 2006. After the two tests last year, there were only two tightenings. Nevertheless, North Korea continues to use covert trade practices to evade the sanctions.

Last month, a UN panel of experts published a 100-page report on the subject. It uses a whole series of names and cases to show how North Korea manages to get possession of prohibited goods despite all restrictions - or to export sanctioned goods such as minerals. Middlemen and front companies play a key role, especially in China and Malaysia.

With all the tricks

"Quite a number of North Korean companies and banks continue to operate despite the sanctions in force. They use experienced agents who are trained to move money and goods across national borders," the report said. And: North Korea still has access to the international banking system despite tightened financial sanctions. "North Korean banks have representatives and accounts abroad and also operate joint venture companies there. They use an extensive network for their procurement and activities. They disguise their activities by employing foreign nationals and companies. This allows them to do so to continue doing business through top international financial centers. " 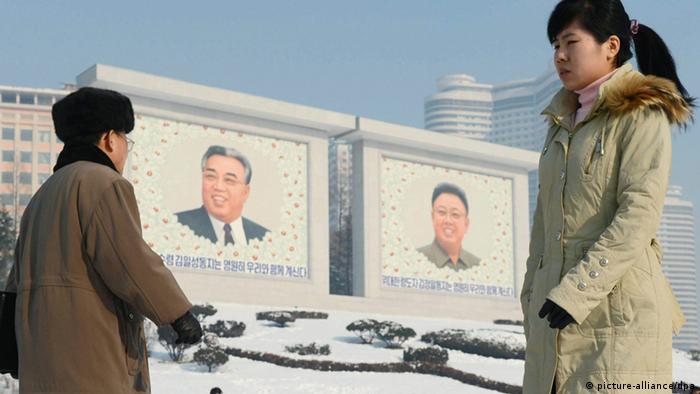 The authors also explicitly call on the member states "to be more vigilant in connection with North Korean diplomats". Because: Embassy staff in particular were repeatedly used for courier services in the past - to illegally import large amounts of cash, gold or jewelry into North Korea. The reason is simple. As a diplomat, you enjoy immunity. And: The official financial sector can be completely bypassed by gold or cash transfers.

This sometimes opens up loopholes worth millions. "The North Korean embassies were given the task of getting cash. There were real quotas as to who had to send how much home," explains Singapore security expert Michael Raska.

A suitcase full of gold

This is also confirmed by Hong Soon Kyung - from personal experience. In a documentary on the Japanese television station NHK, the former diplomat at the North Korean embassy in Thailand says in front of the camera that many of his colleagues were involved in such actions. "We used our diplomatic passports to smuggle gold because we didn't have to go through customs." 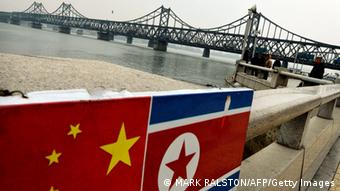 Nothing works without its big neighbor: the lion's share of North Korean trade goes through China

The magnitude of this smuggling is also shown by the case of the diplomat Son Young Nam listed in the UN report. The customs officers at the airport in Bangladesh were probably amazed when they searched the suspiciously heavy hand luggage of the First Secretary at the North Korean embassy in Dhaka in March 2015 - and it contained almost 27 kilograms of gold and jewelry worth 1.4 million US dollars found. Son had already made a long round trip that day, had flown from Dhaka to Singapore and back, with just three hours' stay outside the airport in the financial metropolis.

The UN report states: "In the previous 15 months he had made such trips from Dhaka or Beijing on average once a month - which suggests that he was regularly employed as a diplomatic courier for gold and others smuggle goods in violation of the existing sanctions. "

The privileged of the system

Kim Kwang Jin closely follows such news about illegal business to and from North Korea. And remembers his own time serving the North Korean leadership. "We called it back then: getting the money out of thin air," he reports. Anyone who was part of this system could benefit from many advantages. "We had the best jobs, the best apartments, and the best treatment." 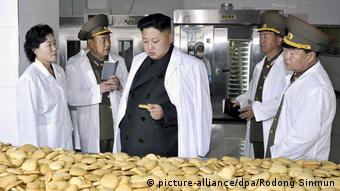 Honoring women: On Mother's Day, Kim Jong Un visited a biscuit factory in 2013 - most of the workers there are women

He has been out of North Korea for 15 years. But he still cannot completely leave his homeland behind. Because there always remains the agonizing question of what about the others. With grandparents, parents or siblings. In North Korea the principle of kin liability prevails. Relatives are automatically made liable for an offense. Kim Kwang Jin said he never dared to try to find his relatives or to contact them directly. "I have no idea if you were punished and maybe put in a prison camp." It is the only time that the former banker briefly falters.

However, he himself has not regretted switching sides at the time. He was able to take the two most important people - his wife and son - with him. He was privileged on this point too, he knows that. The situation is different for the majority of North Korean refugees who take the land route across the border to China and continue to make their way from there.