Did Google ruin your business

For most people, the terms “algorithm” and “interesting” are not necessarily closely related. Well, it may well be different with those interested in marketing, but even there the interest is mostly of a more pragmatic nature.

But Google has been around for more than two decades, how could there be no interesting facts and trivial knowledge about the linchpin of the most widely used search engine in the world?

With that in mind, we've rounded up a few fun things about the Google algorithm and how search works today.

What actually is an algorithm?

Google itself says: "Algorithms are the computer processes and formulas that turn your questions into answers". They crawl an estimated “trillions” of websites to find the information you're looking for.

Think about it for a moment. "Trillions". A trillion looks like this as a number:

Imagine if there weren't any algorithms and we had to sort of sort through this amount of information ourselves. Fortunately, Google has developed an algorithm that can read (index) various factors on these pages, at a speed that few of us can really imagine. These factors indicate the likelihood of your search query being answered on the indexed pages.

But it's not just about the words on the page. Algorithms can also read how up-to-date the content is, the likelihood that it is spam, and whether the content is related to your location.

For us marketers, all of this is important. Where and how your pages are placed in Google can have a decisive impact on your organic search traffic. It is therefore important that you understand how the algorithm works and how you can ethically optimize your ranking. In addition, it is crucial to be adaptable. The Google algorithm has changed a lot over the years and it will continue to change and become even more user-friendly.

1) As of 2013, Google's general algorithm has had a single name: Hummingbird. If you keep track of the changes in the Google algorithm, you've probably heard some resonant names - Panda, Penguin, and Pigeon, to name a few.

These names have only been assigned to updates to the general algorithm currently called Hummingbird. It was officially announced in September 2013 and developed to make search results “more precise and faster”, just like a hummingbird, according to Search Engine Land [SEL].

SEL uses an extremely accurate analogy to describe the algorithm as a whole - Hummingbird is a "recipe" with hundreds of "ingredients". These ingredients are the various parts that the algorithm uses to determine the quality of the aforementioned trillions of pages and how well each of them could answer your query. 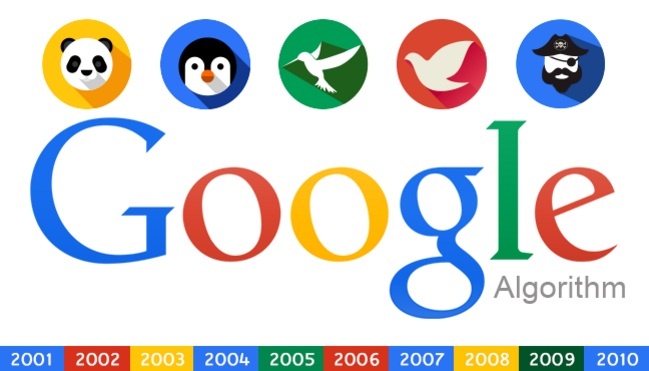 The Moz SEO community states that Google makes between 500 to 600 changes to its algorithm every year. Most of these are so minor that the public usually doesn't hear about them.

However, since 2000 - even without including these minor changes - Moz has recorded no fewer than 140 updates to the Google algorithm. It is noticeable that there were only 25 updates of importance up to 2008, followed by 115 in the eight years that followed.

Why have there been so many more updates in the past few years? It could have something to do with the massive increase in users. But it could also be about changes in the way we search. For one, we search a lot more on our smartphones - 51% percent of digital media is viewed from mobile devices. This has led to more than one intervention from Google on pages that are not optimized for such platforms.

Voice search is also growing steadily. Since there are currently no precise formulas for planning or ranking this type of search, we assume that Google will change its algorithm for this - after all, search queries by voice have increased by 3,400% since 2008.

So, to understand the algorithm, a certain amount of flexibility is required. It will continue to change, so marketers need to learn to adapt to get a good search ranking. 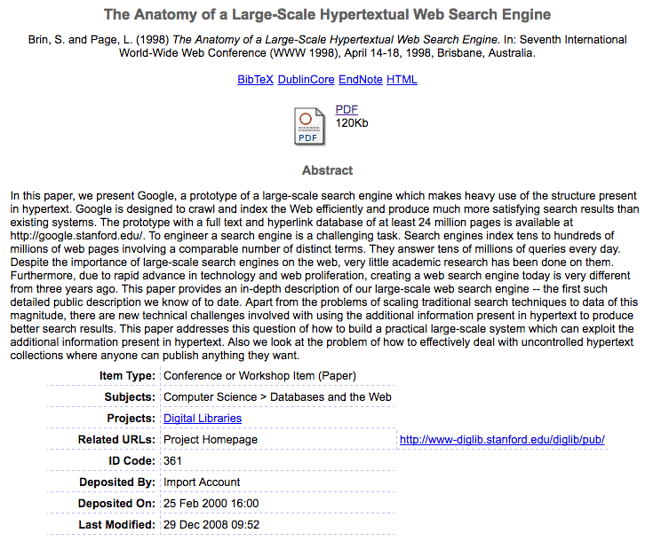 Google's “Company History in Detail” dates back around 20 years. In 1997, co-founders Larry Page and Sergey Brin worked on their first search engine, which they then called BackRub.

In 1998 the two published a paper at Stanford University with the title "The Anatomy of a Large-Scale Hypertextual Web Search Engine". This was one of the first times that “PageRank” was mentioned, the technology that Google uses to assign a rank to search results to this day.

But there is one point in the admittedly complex text that really stands out. At the time of this writing, Page and Brin stated, “The dominant business model for commercial search engines is advertising. The goals of the advertising industry model do not always align with providing quality searches to users. "

What we find particularly interesting here is that Google remains true to this thesis and continues to focus on the user. In fact, it could be said that this is why Google made so many changes to its algorithm. Google is looking for new ways to find the best content for users.

Look at the text on the search engine, “Steps to a Google Friendly Website”. One of the first things mentioned is: "Provide quality content on your websites". Even years later, Google is working more and more towards the original vision of its founders.

If the name “PageRank” is associated with the technology Google uses to rank pages, it seems pretty intuitive. But it was actually named after one of the Google co-founders, Larry Page, whose youth photo can be seen in the picture above on the right.

PageRank itself also has an interesting story. The technology was useful in many ways, but it was also very confusing, even for some professional SEO experts. Therefore, SEL published the detailed article “What Is Google PageRank?” - which unfortunately was only really understood by a few readers.

Google says PageRank is what “determines the relevance of pages based on the links in between”. But SEL says it's more like an electoral system where inbound links to a particular page are counted as votes for its authority. So the more votes, the more authority. The highlight? Anyone could see the PageRank of a website.

In spring 2016, Google announced that they would continue to adapt their algorithm internally with PageRank technology, but that the public would no longer be able to view its data. According to SEL and its "Retrospective on how it [PageRank] ruined the web," this was good news for some. Because the fact that PageRank placed such a strong emphasis on linking led to a lot of annoying, borderline spam behavior - such as links that could be bought.

Today's technology for ranking is more sophisticated, thanks in large part to MozRank, a "Link Popularity Score". Our internal marketing nerds would like “The Google” to be really a dance move. In reality, the Google Dance was the name for the sudden changes in the rankings at the time when the algorithm was changed significantly every month.

According to Marketing Land, the term was created by the WebmasterWorld forum, as was the assignment of geographically inspired names to each dance, such as "Boston" in February 2003 and "Florida" later that year. Florida seems to have been the last dance - or at least the last outstanding one. At this point, Google stopped making major updates to its algorithm every month and instead started making the general unnoticed adjustments of today.

But to keep track of these changes, especially the minor ones, you should watch the MozCast Google Weather Report. MozCast assigns a temperature that indicates how much the algorithm has changed since the previous day - the hotter and stormier the weather, the greater the shift in Google's rankings.

In early 2016, Google hosted an event at the SMX West conference called “Google Dance,” an annual get-together for search marketers, and a well-intentioned nod to the turbulent times of the past. 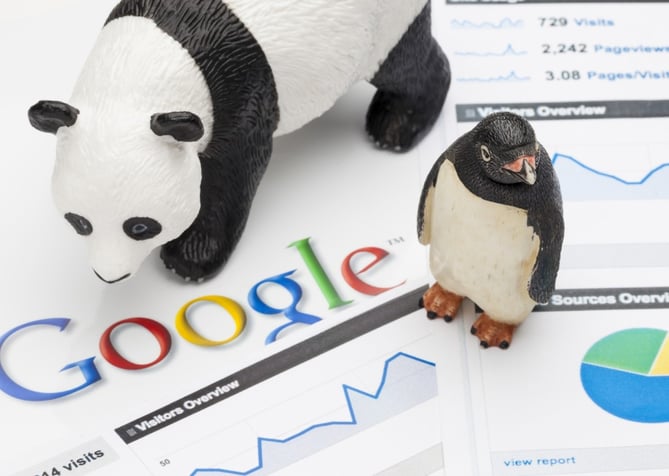 One would think that there is a delightful story behind the assignment of the name "Penguin" to an algorithm update. But according to Moz, there is no formal method of naming it.

Much like the names for Google's "Dance Steps", WebmasterWorld users have also given names to most of the other updates - "Boston" because it was announced at SES Boston, and others in the same way that hurricanes get their names, although rumor has it "Dominic" was named after a pizzeria in Boston.

Moz also reports that some of the names for algorithm updates, such as "Caffeine", "Panda" and "Vince" came from Google itself, and the latter two were named after Google engineers. 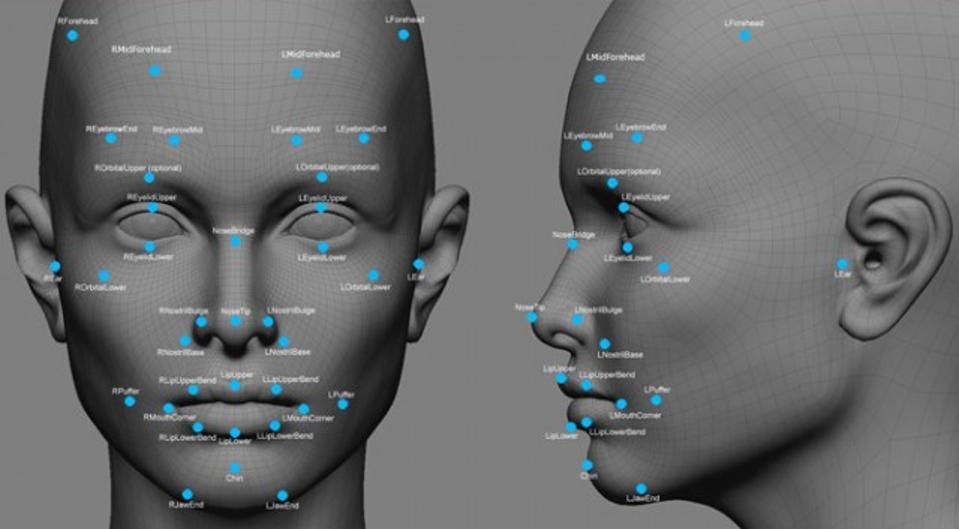 Recently, Google announced the launch of the Pixel, its newest smartphone. What are some of its outstanding features? "The best rated smartphone camera ever."

Part of what makes the camera great is its "world-class software algorithms," said Google Camera Product Manager Isaac Reynolds. This statement definitely applies to the Pixel's HDR + algorithm, which allows users to take the best quality photos regardless of the lighting conditions or the movement of the objects.

What does this have to do with Google's search algorithm? Well, actually nothing. But it shows further advancement in the pursuit of delivering the best content, including images, to users. The visual search is about the Cloud Vision API - the technology that allows Google to analyze and determine the content of images.

At the end of 2015, Google made this API available to the public, which is why it is now also possible for end users to see how the content of their own photos is captured. Here some examples: 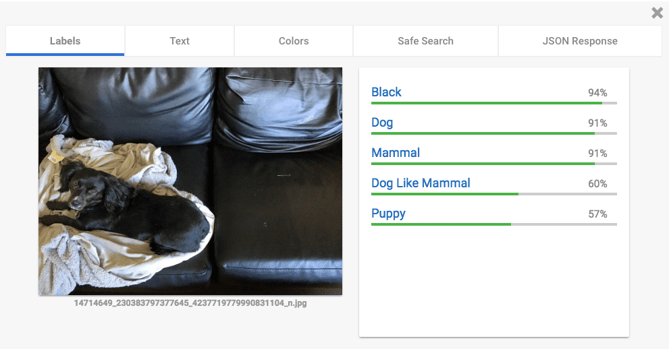 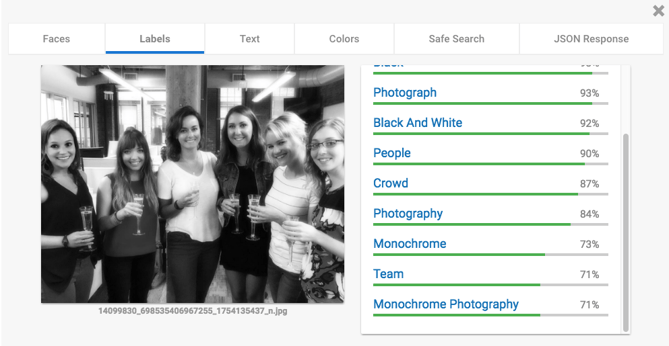 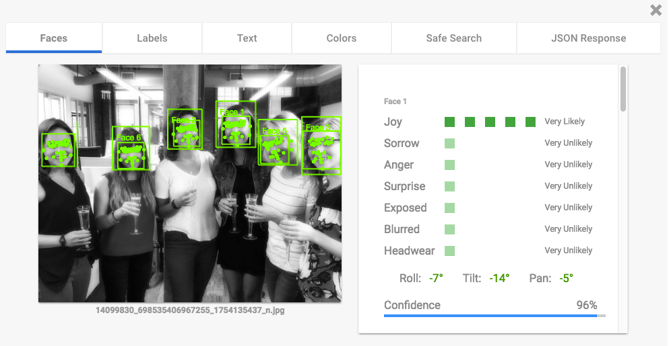 Wow. How did the API know that this was indeed a photo of one black dog acted? And how did she know that the second photo was one team was that itself pleased?

It is this nifty, remarkable algorithm that has been programmed, presumably with the help of countless images with different facial expressions, objects, landmarks, etc., to identify and recognize the elements and objects in an image.

Cool right? Try it for yourself here.

8) There is also a human side - "search evaluators" 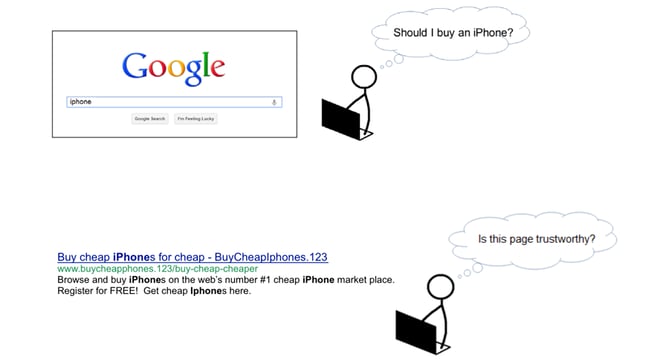 Google uses people to help evaluate the quality of search results. Every year there are around 40,000 so-called "precision evaluations" in which search evaluators determine the quality of the results for various searches.

There is a 146 page document that explains the guidelines search reviewers use when evaluating results. It seems to be primarily intended for people who want to become a reviewer. However, the information in these guidelines can also help developers and marketers determine what constitutes search quality.

Some sections can even be helpful for people who are just starting out with SEO. For example, see the Your Money or Your Life section, which covers evaluating a site's potential impact on the health and finances of users. Some criteria may sound like common sense, but it also includes insights into how to be responsible for your content, especially when providing advice.

There are also three sections to the highest, lowest, and medium quality pages. What may look like common sense here can actually serve as valuable information for marketers - for example, if a page is certified as having a “lack of objective”, it is classified as “lowest quality”.

You should keep this in mind when developing and managing your content. It is highly recommended that you go through the document and see if anything needs to be changed on your pages.

So there is a lot of worth knowing and interesting about the Google algorithm, which is simply inevitable with a now quite long company and product history.

And when you also have the opportunity to experiment with features such as the API for photo recognition, a lot of fun and variety is guaranteed.

This article originally appeared on the HubSpot.com blog and was translated from English.