How do you find the centripetal acceleration

The circular motion and the centripetal force are the subject of this article. We will explain important terms, what they are and how to do some calculations with the corresponding formulas.

Everyone knows a circular movement, for example from a carousel. If you sit down, you will be driven in a circle at the same speed over a longer period of time. In physics, such a circular path is often represented as follows (we explain the terms below): 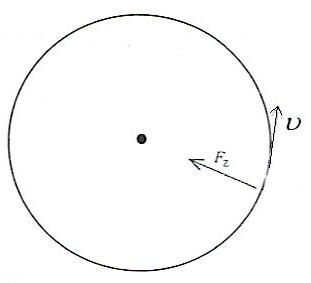 Before I give you a few formulas, you should first know a few definitions of circular motion. There are:

In the case of a uniform circular movement, a force always acts on the body, which always points to the center of the circle. This force is called the centripetal force.

In the following we want to look at some examples that demonstrate how to use the formulas.

Example 2: A 0.4kg body is thrown on a 0.8m long cord on a circular path. The cord can withstand 500N load. At what number of revolutions does the cord break? 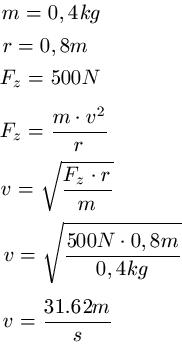