Under the OHM law, things are constant

We will deal with Ohm's law in this article. Summary of the content:

Ohm's law is the most important law in electrical engineering. Without being able to do this, it is actually not possible to really understand the field of electrical engineering. The description of Ohm's law looks somewhat different in theory and in practice. In theory, Ohm's law says that the quotient of voltage and current is constant. However, I prefer the definition from practice.

The equation above was solved for the tension. In many cases, however, one wants to calculate the current or the resistance. In this case you have to change Ohm's law. Here are simply the converted formulas:

Ohm's law changed according to resistance: 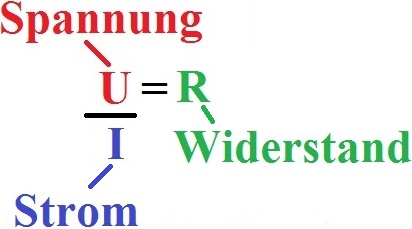 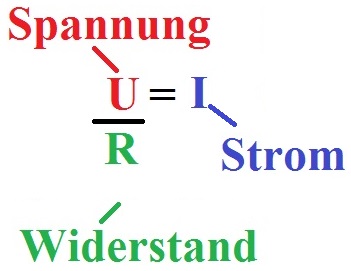 Ohm's law applies to ohmic resistances and components that have a linear relationship between voltage and current. If we do not have this, there is non-ohmic behavior. Here, too, the resistance is defined as U: I. However, then, for example, the resistance is dependent on the voltage. This is the case with a diode, for example. To describe this, we will deal with the differential resistance in a later chapter.

Ohm's law is also sometimes drawn as a triangle: 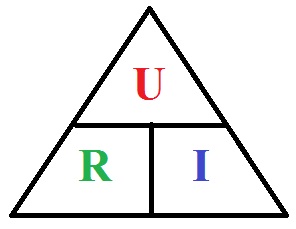 To the formula symbols:

In this section we look at many examples of Ohm's law, i.e. the application of Ohm's law.

Given a current of 2 amps and a resistance of 10 ohms. Calculate the voltage using Ohm's law.

We take the formula U = R · I and insert it. With this we calculate the voltage.

We plug the resistance and the current into the equation U = R · I. We multiply the numbers and also the units and get 20 ΩA. This corresponds to 20 volts.

In the second example we have an electrical circuit (here once with a name). How much current is flowing in this circuit? 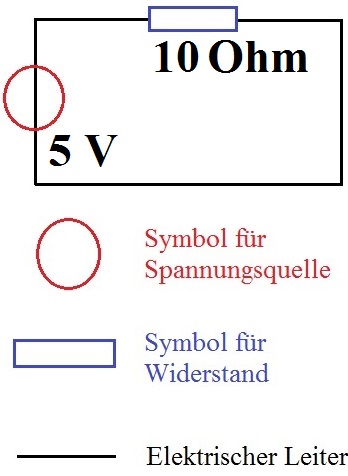 We need the formula rearranged after the current "I". Then we simply insert the 5 V and the 10 ohms and use them to calculate the current in amperes. 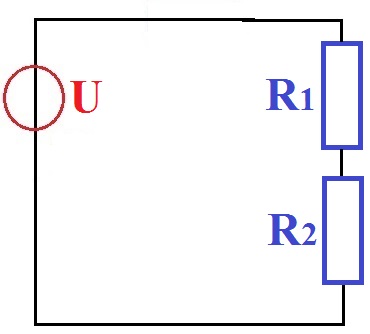 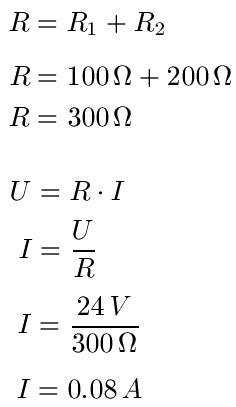 There is another formula that looks similar to Ohm's Law, but is for performance. This is to be presented in this example. Electric power is the product of current and voltage. For the task we say that the current is 3 amps and the voltage is 4 volts. How big is the power "P" in watts? 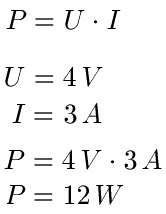 We'll cover the basics of electrical engineering in the next video. So that you can understand Ohm's law, the basic quantities current, voltage and resistance are discussed first. Then Ohm's law is addressed with a formula. This is also applied to a circuit. A series connection and a parallel connection for resistors are also explained.

In this section there are typical questions with answers about Ohm's law.

A: You can see the diagram for Ohm's law in the next graphic. As you can see, this is a straight line. Here the U-I characteristic. 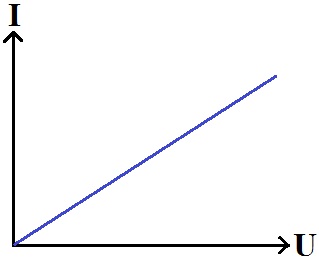 Q: Is it possible to calculate the total resistance of a circuit?

Q: Which topics still belong to the basics of electrical engineering?

A: According to Ohm's law, there are other basics of electrical engineering that you should look at. Next, these would be Kirchhoff's law or the mesh rule and knot rule. Resistances are also dependent on length and temperature. More on this in the topics Law of Resistance and Specific Resistance.

Q: What does conductance have to do with resistance?

A: The conductance is the reciprocal of the ohmic resistance. The two equations for this look like this:

We'll look at electrical conductance in a later article.