How is life after BVSC

The BVSC in the F.A.Z. Interview on "The Smart City and the Meaning of Life"

The following interview with our member Stefan Slembrouck was published as an e-paper from September 22nd. as part of the umbrella campaign "Digitization now!"To"Smart City & Smart Living - Living in the city of tomorrow: connected, smart, green”In the F.A.Z. Digital and in the F.A.Z. Kiosk:

Even 15 years after their launch, smart cities are still being accused of being little more than test laboratories for individual digital solutions for optimizing urban services. In view of the global challenges such as corona and climate change, the Bundesverband Smart City e. V. the focus of the Smart City on belonging and participation of people in the community and urban development. They are directly meaningful for people, create trust and bring about a revitalization of orphaned inner cities. At the same time, they strengthen society in order to be able to cope with the radical changes necessary to avert disasters. 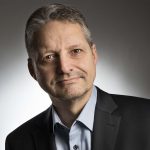 Stefan Slembrouck is a philosopher and smart city expert and has been a member of the Bundesverband Smart City e.V. since 2016. He advises municipalities, public utilities and solution providers on the digitization of supply infrastructure.

Mr. Slembrouck, how relevant is the Smart City? Are the fatal effects of COVID-19, e.g. B. the dying of shops and restaurants, and the desertification of inner cities not more urgent tasks? And especially the prevention of climate change?

Through COVID-19, we learned what a natural disaster like the current pandemic is for our self-image. In order to prevent climate change and the disasters that come with it, we will probably have to accept much bigger cuts.
We must ask ourselves how we can make our society and ourselves more resilient to disasters, and how we can enable us to endure drastic measures to prevent them. The Federal Smart City Association sees this as a core task of the Smart City. According to the UN, in thirty years more than two thirds of the population will be living in cities. That is why the resilience of society in the urban environment must be strengthened. In the future, the relevance of smart city projects must be assessed according to whether they strengthen the society's immune system, its self-healing powers and resilience. A vulnerable society, fragmented by particular interests and polarized in filter bubbles, constantly striving to build borders and walls against the other and seemingly threatening, will fail and possibly perish when faced with the challenges of the 21st century.

How can this trend towards polarization be reversed?

The city of Copenhagen z. B. has formulated her “strategy for a good life in the city” as follows: “More urban life for all, more people to walk more, and more people to stay longer.” We translate this as follows: “People have more participation in urban life Enable life; be able to experience the city on foot; like to linger in the city ”. People want to be at home in their city, i. H. Feel like you belong. Participation in urban life already happens when you see and be seen. Belonging is already created at this level, an essential and meaningful component in human life. Belonging creates a feeling of community, the basis for social peace and thus social resilience. This is where the responsibility of the individual for the survival of the community develops.

But in the age of video conferences and social media, doesn't participation and a sense of community arise much more in virtual space?

Unlike in virtual space, people in physical space inevitably encounter people outside their own filter bubble. Filter bubbles lead to dependency and loneliness, the opposite of community. “At home” does not take place on the Internet. In the opinion of the Federal Smart City Association, Smart City therefore has the task of designing urban space in such a way that people feel comfortable in it, like to linger in it and engage in encounters with others. That is why we define the Smart City as a “city on a human scale”, more precisely as a “city at eye level”, because what people perceive in their natural field of vision is meaningful for them. The famous and award-winning Danish urban developer Jan Gehl has described in detail the spatial and structural criteria of a “city at eye level”. But we also want to find low-threshold ways and means of revitalizing squares and streets that are in danger of being orphaned. This can only happen in participatory processes together with the people who are in a square, in a street, because only they can determine what triggers the feeling of "being at home" in them.

"A fragmented society is vulnerable and threatens to perish as a result of the challenges of the 21st century."

But are participatory processes as we know them not just show events with an alibi function?

A smart city will not work without functioning participatory processes. If a place is to convey a good feeling, we need participation and commitment on a non-linguistic and analogue level. We also have to involve those people who are not online or who have not yet been reached due to language and other barriers.
The digital tools of a smart city, such as Real-time simulation of a newly designed urban space, for example, offers completely new opportunities for participation. This is where a new narrative can begin, which is then solidified step by step, e.g. B. through play opportunities, events, street furniture, structural measures, new businesses and restaurateurs who settle where people feel invited to linger. With this new sense of belonging, the Smart City has a meaningful effect.

Thank you for talking to us, Mr Slembrouck.

If you would like to deal with this topic in more detail, read our blog post on the topic as well as the linked 14-page specialist article “The Smart City and the Meaning of Life” by Wolfgang Bernecker and Stefan Slembrouck, in which the example Intelligent street lighting (Smart Streetlighting) explains how the Smart City can be made meaningful for people, if public participation - unlike before - is expanded as smart participation to the continuous process of social participation.

All blog posts under NEWS as well as forum posts and comments reflect the personal opinion of the respective author and not necessarily that of the Bundesverband Smart City e.V. and / or its board of directors and / or all of its members.

In over 25 years as an IT service provider, I have accompanied infrastructure projects for medium-sized companies with my company, developed enterprise websites, software for the aviation industry and software products for hospitals and communication companies, managed IoT projects and represented various institutions in public represented. For many years I have been involved privately and as an entrepreneur on a voluntary basis for various non-profit NGOs, which gives me a deep insight into their working methods and processes. I realized early on that society was about to undergo a comprehensive transformation that cannot be based on technical solutions alone, but that it has to involve civil society and orientate itself towards the real needs of the people. Since 2016, as a member of the Bundesverband Smart City e.V. and as its chairman since February 2020, I have been striving to help shape technical progress in terms of humane, sustainable and thus future-proof development. Since February 2021, I have been representing civil society on a voluntary basis in the BSI's Cyber ​​Security Dialogue Committee. -> Homepage