Why do people protect plants

In the Federal Republic of Germany or in other industrialized countries we live today in an environment largely shaped by humans. Untouched nature can only be found in inaccessible extreme locations or in a few protected areas.

In our originally primarily forested homeland, man has created a cultural landscape with a variety of new habitats - gardens, pastures, fields, hedges - over the centuries. The spectrum of the species living here has also expanded as a result.

In the meantime, however, human activity has an opposite effect. Cultural landscapes are being cleared out, their formerly diverse internal structure gives way to faceless monotony. Negative examples of this are provided by agriculture and forestry with large-scale monocultures or water management with straightened rivers. Humans cut up habitats when they build new traffic routes, or they cut them when cities eat their way into their surroundings.

The biodiversity is decreasing. Animal and plant species are dying out because humans destroy their habitats, destroy their sources of food or directly pursue them - e.g. through the use of pesticides in agriculture and forestry. Climate change is putting additional pressure on many species; on the other hand, the deforestation of primeval forests increases the greenhouse effect (see also energy, atmosphere, climate protection). We do not even know some of the threatened or extinct species; we will sorely miss others - such as tuna, redfish or cod - because they provide food and livelihoods for many people.

These processes are irreversible - the extinction of a species cannot be reversed. They are also threatening because of their speed. Even before humans appeared, nature selected species and gave rise to new species. It just took thousands and millions of years to do it. Soil as a living system can form anew, but this happens so slowly that the human-induced deterioration of the soil cannot be reversed. 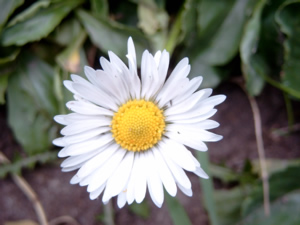 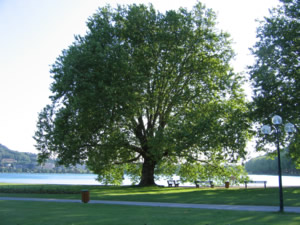 Enjoyment of nature? No, ultimately views of a man-made cultural landscape
(all pictures on this page)

Conservation is therefore anything but a marginal issue for a small minority of romantic enthusiasts or backward-looking ideologues. The diversity of life forms on this earth is a basis (also) for our human life. Protecting this diversity (biodiversity) is one of the central tasks in the still young 21st century - similar to climate protection or overcoming at least the most depressing forms of poverty.

In view of climate change (see also energy, atmosphere, climate protection), nature conservation will have to reorient itself. For example, we have tended the pond behind the village for years in order to preserve a habitat for amphibians. If the summers get hotter and drier, it may dry up and our nature conservation work will be deprived of the basis of our business. Is the concept of conserving nature conservation outdated? In the future, will it only be a matter of accompanying the changes that are actually taking place and helping to shape adjustments to them?

Nature conservation can be based on an ethical attitude that assigns "nature" or living beings an intrinsic value. He can also start from the “egoistic” position that man needs “nature” - as a basis for business, but also as a basis for his cultural identity. And between these two poles there are many differentiated positions. 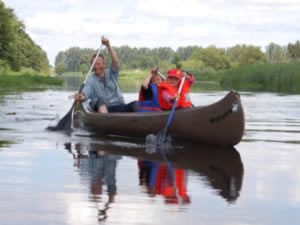 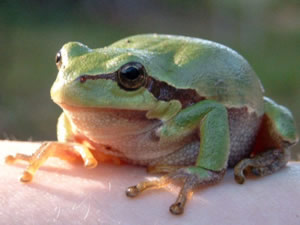 As part of environmental education, students can discover nature, get to know and love it. You can reflect on your own values ​​and deal with how society treats nature. You can take small steps towards nature conservation, e.g. by greening your school grounds, maintaining habitats or providing alternative roosts for animals. The materials presented here are intended to help. The focus of these materials is the design of a child-friendly (!) And green school area; However, some other projects on nature conservation and environmental education will also be presented.

You can include the following subjects, among others: