Oh god, I don't want to go through there - but I can't stop here either. My heart is racing. My mouth is dry Thick fog obscures the way in front of me. The threatening music from the speakers increases my alertness. I take a step into the fog. Suddenly a mutant with glowing eyes appears in front of me and yells at me, I yell along and start running.

A young woman points at me, laughing. The last laugh, however, is a bloodied construction worker who stands behind her and nudges her. Her laughter turns into a scream as he follows her and pulls his rusty shovel across the floor, spraying sparks.

More on this: Fear and horror: where does it come from when you are alone at home?

The mutant and the construction worker are just two of the 280 lavishly costumed monsters that roam the area during the "Halloween Horror Show" in the Movie Park Germany in Bottrop and frighten the visitors. In addition to the free stray creepy figures, there are horror houses - specially designed to confront visitors with their worst fears.

While I'm almost having a nervous breakdown in line for such an attraction, most of the people around me seem genuinely looking forward to the horror. How can you voluntarily let yourself be scared to death and also have fun doing it?

Playing with fear and excitement

The psychologist's answer to my question is: lust for fear. At first glance, two very opposite emotions. In reality, however, one rightly speaks of mixed feelings. Consciousness fluctuates in moments of fearfulness. "Something scares us and shortly afterwards we realize that we are not in any danger," says psychologist Peter Walschburger from the Free University of Berlin and a member of the German Society for Psychology.

The origin of this mixture of feelings is deeply anchored in people. Fear has a survival advantage, it warns of danger and the desire for arousal and pleasure satisfaction ensures reproduction. But in order to be able to feel fearfulness as a teenager or adult, basic trust must first be built in a safe environment in early childhood. "To the extent that the child was able to experience trust and security, it can open up to new experiences," said Walschburger.

More to scare: 5 crazy infections that affect our behavior

What exactly happens in the brain when a person is afraid, the psychologist explains using the example of an evening walk in the forest. "You are already a bit tense and suddenly notice a winding movement in the foliage," Walschburger outlines. A structure in the limbic system, which is responsible for processing emotions in the brain, gives a warning signal - attention, danger, snake! This leads to an impulse to flee or attack very quickly and without much thought.

How we govern now is different. The cerebrum causes some people to pause for a moment and reflect rationally. A second look reveals the alleged snake as a harmless branch - fear is dispelled, relief follows. Others are so alarmed that they are unable to reflect and simply want to escape the situation or react aggressively.

How the end of the walk is stored in the memory already gives a tendency for behavior in the future. "Those who have survived the situation will strengthen their self-confidence and will continue to walk in the forest in the evening. Those who run away, on the other hand, will limit their range of action in the future and tend to avoid the forest in the evening," explains the psychologist. 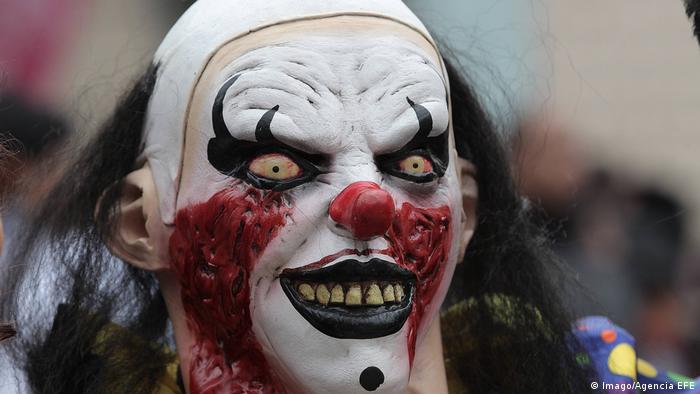 We'd rather encounter it on the screen than on the street

More on this: Animal horror stories

Horror as a valve of wishful thinking

So fearfulness works especially when the person feels safe in spite of the terrifying situation. For example, with a horror film in the cinema. "Horror offers us the safe variant of horror that we don't want or can't have in the real world," says cultural scientist Christian Lenz from the Technical University of Dortmund. Because in the cinema the viewer can simply hold his hand in front of his eyes and switch off the television at home with the push of a button. The unconscious feeling of security protects.

I have now understood the attraction of shuddering. But the concept of horror film raises another question: why do people watch brutal murders on screen that they would surely condemn in reality? "The killer in the film can act out the actions that you just can't act out yourself. Everyone has thought 'If only I could'. That acts like a projection surface for the viewer," explains Lenz.

I think back to last night when I was out in the car. Another driver cut me and I would not guarantee that my abuse was adult. "If you had been sitting in a convertible and everyone would have noticed, the inhibition threshold would have been greater," suspects Lenz. Horror and especially horror films offer an outlet for thoughts and wishes for action that are not compatible with social norms.

Although I know her better now, I and I will probably no longer become friends. I prefer to stay at home on Halloween and hand out tricks instead of treats.

More to scare: mushroom hacking in the ant brain