What are some romantic Rabindra Sangeet 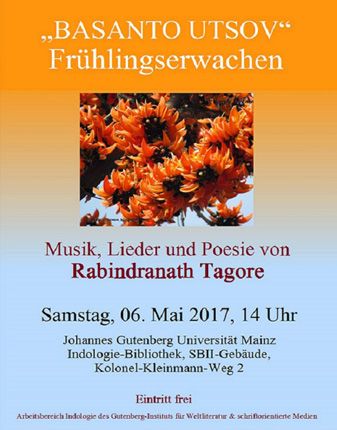 "BASANTO UTSOV"
Spring awakening
with music, songs and poetry by Rabindranath Tagore
("Polashful", spring blossom of the forest in Bengal)

Johannes Gutenberg University Mainz
Indology library
SBII building, Kolonel-Kleinmann-Weg 2
(For a map of the University of Mainz see below)


Dream women from Tagore and Goethe
About the poet Rabindranath Tagore's love for Victoria Ocampo
and that of Johann Wolfgang Goethe to Marianne von Willemer.

Both poets have always met these dream women as ideals in their poems. It is a fateful coincidence that these heavenly beings appear "in person" to both of them at the age of over 60.

There are some parallels between the poets and their dream women, but there are also different cultural conditions, the different traits of women - and of poets. There is no doubt the strong influence that both women exert on the emotional state of great men. The fascination, enthusiasm and bond extend to an intimate dialogue with the soul, a kinship.

The advantage with poets is that they write down everything that moves them in the soul and put it in rhyme. That is why we can find and imagine these love relationships in poems.

Both women were wealthy, educated and lived in privileged positions. Viktoria Ocampo had an inheritance of millions and was single, Marianne von Willemer was married to a Frankfurt banker.

Goethe and Marianne came from Germany, linguistic communication was unproblematic. Tagore, however, from India, was only able to communicate with Viktoria the Argentine in English.

It is astonishing that for both lovers the time in which they could really be together was astonishingly short; but the memory lasted until the end of life. 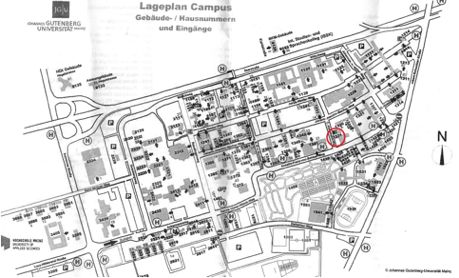