How do pilots navigate on the ground

When the pilot stays on the ground

Popular parlance and the media call them "drones": airplanes that fly without people on board. Engineers and developers don't like this term, because drones are actually male honey bees. On the one hand the word is too violent for them because bees can sting, on the other hand it is too imprecise.

Professionals prefer to speak of "unmanned aerial vehicle systems", or UAV systems for short. Because there is much more to a complex system than just an airplane that steers itself. "It becomes a system when data is exchanged via a radio link between the aircraft and the ground station in which the pilot who controls or guides the aircraft sits," explains Dirk-Roger Schmitt from the Institute for Flight Guidance of the German Aerospace Center. and space travel.

By no means without a leader

So even an unmanned aircraft has a pilot. He is responsible for ensuring that there are no accidents and must intervene in an emergency. However, he doesn't do that like a sports pilot with a joystick. Instead, he enters waypoints and coordinates into the autopilot, which then does the actual flying. 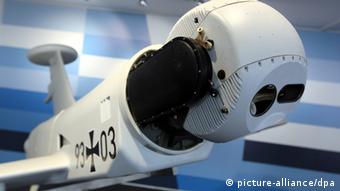 "It's not very different nowadays in the large commercial aircraft, which are flown over long distances fully automatically with the autopilot," says aviation expert Schmitt.

The autopilot calculates its position from a wealth of data: it has gyro systems that recognize the position of the aircraft in space, a compass, altimeter, speedometer and satellite navigation, i.e. GPS.

However, the pilot no longer controls unmanned aircraft that are several hundred kilometers away from the ground station via radio, but via a satellite connection. Because it still works if the direct radio contact breaks off.

Recognize obstacles and avoid them

There is only one thing the pilot of an unmanned aircraft cannot do: look out of the cockpit. And that is a legal problem, because in aviation the rule applies: "See and avoid!" In German: "See and avoid". The pilot must keep his eyes open and avoid collisions with other aircraft. 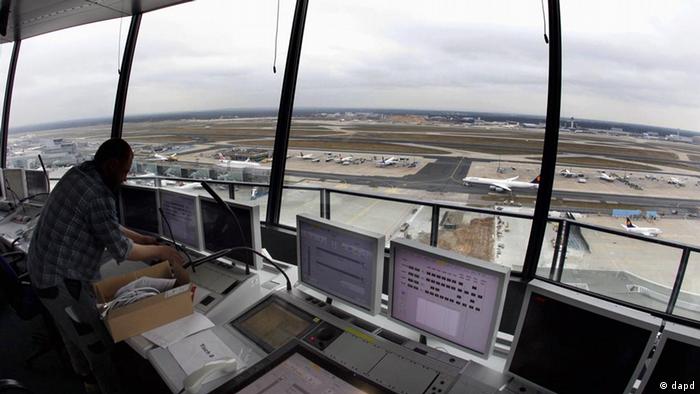 But there is also a solution for this, according to Schmitt: Traffic lawyers are discussing the possibility of adapting the requirement "see and avoid" to "detect and avoid", that is to say to "recognize and avoid". The aircraft can also detect obstacles with sensors. For example with optical or infrared cameras or an on-board radar.

Many commercial aircraft are also equipped with ADSB transponders. These are transmitters that broadcast an identifier to other aircraft. It contains information about altitude, position and speed. "If the aircraft receives something like this and forwards it to the pilot on the ground, he could get a picture of the situation," says the DLR researcher. It looks something like a radar image.

The TCAS collision avoidance system is part of the mandatory equipment of large commercial aircraft. If two planes are on a collision course, the computer decides at lightning speed which of the two should climb and which should sink. Then it gives both pilots a corresponding instruction.

In the case of an unmanned aircraft equipped with TCAS, however, it would not be the pilot in the ground station who would execute the evasive command, but the autopilot, because the radio link to the ground may always not work. 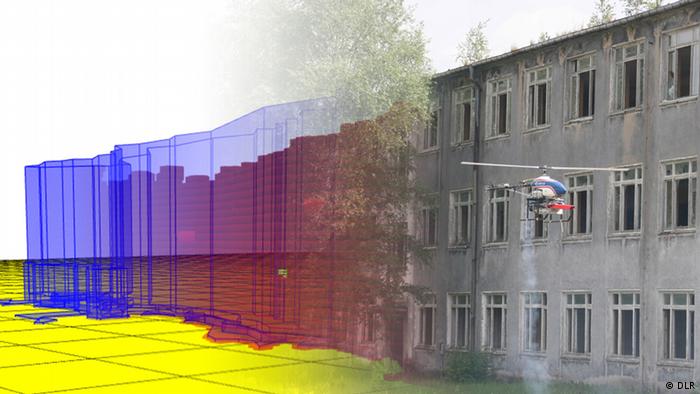 For major events and chemical accidents

Although there are many technical solutions, there are hardly any civil unmanned aircraft in the air. The reason: The approval procedures are complicated and lengthy, because the manufacturers first have to prove that the UAV systems are just as safe as manned aircraft.

The high technical effort still makes unmanned flying very expensive. Manned aircraft are much cheaper. That is why there are currently only non-military UAVs for niche applications. For example, the European Space Agency ESA is starting a test project this year to test satellite-based UAV controls over the Mediterranean. 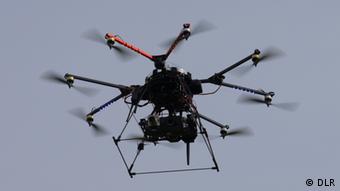 Such octocopters can use sensors to detect pollutants, for example

But there are all sorts of ideas, especially for the police, fire brigade and disaster control. UAVs could, for example, monitor major events and traffic jams or search for missing people.

They can also be used after an earthquake, says Dennis Göge, program coordinator in DLR security research: when it becomes dangerous for the emergency services. With UAVs, one can easily see from the air where emergency teams can still be piloted in and out or where people need help. And the flying devices could also measure clouds of pollutants, says Göge: "In the event of radioactive, biological or chemical pollution, I don't want to send a pilot in there. I want to protect life and limb."

Small flying robots weighing just a few kilograms are ideal for civilian applications: with octocopters, i.e. helicopters with eight rotors, the mountain rescue service can search for missing people in rough terrain, for example. Energy suppliers hope to be able to check their high-voltage lines with flying robots at some point. So far, they have needed helicopters for this.

Small, manageable aircraft will probably be much more common in the future than really large aircraft that carry out reconnaissance from an altitude of over 10,000 meters. But legal issues also come into play, which are much more difficult to solve than the technical aspects of collision avoidance.

One example is data protection: "Is it possible at some point to stay over Germany with an unmanned system and permanently record very high-resolution data?" Asks the security expert Göge. He doesn't think so.